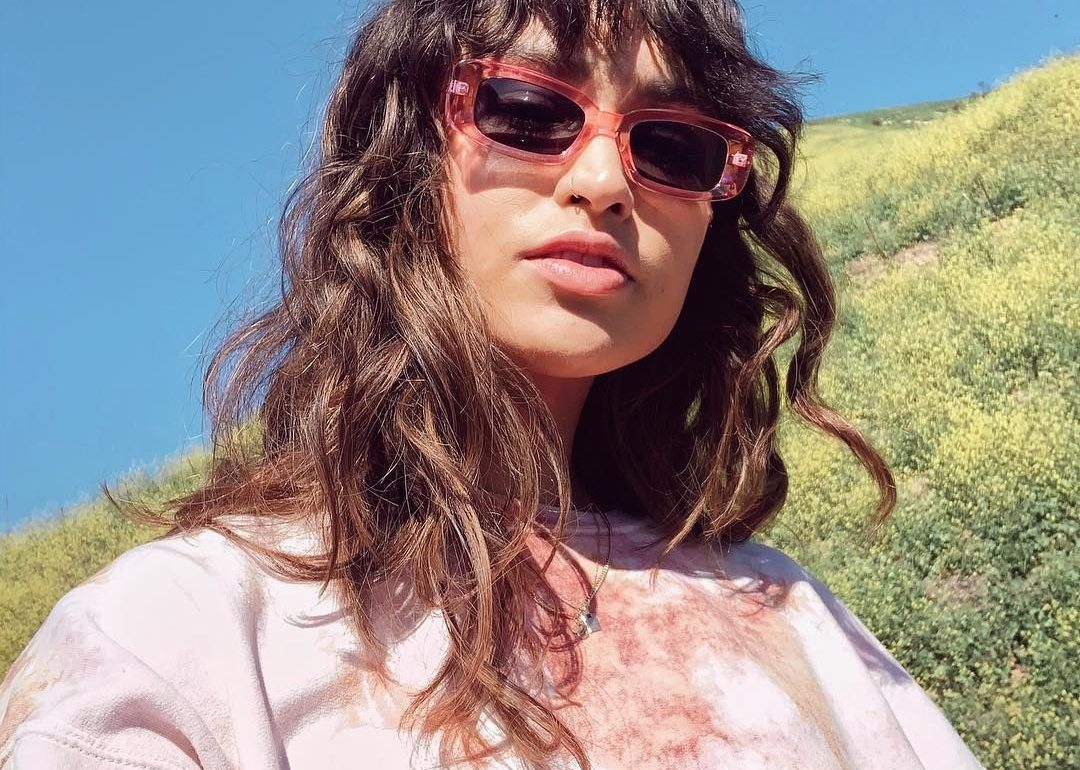 I have been a long-time sufferer of dark circles. In fact, there are pictures of me as a 3-year-old child sporting a not-so-chic pair of dark circles under my eyes, and I’m not sure they ever went away. As a result of this, it’s safe to say that I have spent a lot of time researching how to minimise the appearance of dark circles. I’ve tested formula after formula of various eye creams, experimented with different massage treatments and even looked into permanent tattoo solutions. (I wrote this off as an idea after watching a video on social media and realising I’m far too squeamish.)

When I discovered that the most likely reason for my permanent dark circles is simply genetic, I stopped fussing with what I could do to change the situation and put a lot more time into perfecting the art of concealer application. I’ve tried skincare-infused formulas, colour correctors and cooling gels. I’ve trialled and tested hundreds of different concealers in a bid to find the perfect formula that looks natural, doesn’t budge, refuses to settle in fine lines and, above all, doesn’t sacrifice natural glow.

Above, I briefly touched on the fact that my dark circles are a genetic trait, and for a huge number of fellow dark-circle sufferers (constantly being told we look exhausted means that we do suffer), the case is the same. Thinner skin around the eyes and higher levels of pigmentation mean that unfortunately, some of us are simply born with dark circles, and very little can be done about it.

However, this isn’t to say that the appearance of dark circles can’t be worsened. In fact, those that don’t have a genetic predisposition to dark circles may, from time to time, suffer from them as a result of certain lifestyle choices. Miss Elizabeth Hawkes, a consultant oculoplastic surgeon at Cadogan Clinic, says, “To help avoid dark circles, I advise you get enough sleep, stay hydrated, don’t smoke, use UV protection to improve the quality of skin, reduce salt intake, which causes puffiness, and be very careful when removing eye makeup as the skin around the eyes is very delicate.”

Despite the fact that certain concealers are often better formulated to cover redness and spots than they are purple-toned dark circles, a huge reason so many of us struggle to cover them up is that we simply don’t know what we should be looking for.

Amy Conway, senior pro artist at Bobbi Brown, says, “I find the biggest mistake people make when it comes to under-eye concealer is going for a shade that’s way too light. Brightness is key, but if you go too light it will look ashy and dry, meaning it won’t reduce darkness at all. Opt for just one shade brighter than your skin tone, and if necessary, add a colour corrector underneath to banish any blueness.”

Besides making sure you get the right shade, Amy warns that one of the most important parts of making sure your under-eye concealer blends seamlessly with the rest of your makeup is the application. It turns out that simply slathering on concealer all over your dark circles isn’t the best way to go.

“Firstly, apply a hydrating eye cream to prep the under-eye. Then layer a correcting shade in the darkest area. Peachy tones instantly banish any of the blue/ brown shadows we get under the eye. Finally, layer your shade of concealer on top, blending from the lash line to the top of the cheekbone for a flawless finish,” says Amy.

Easily my most-used concealer ever, this tiny pot of magic is the easiest concealer I’ve ever used. I simply dab it across my under-eyes with my ring finger, and in a matter of seconds, any trace of a dark circle has disappeared.

This is commonly regarded as one of the best under-eye concealers on the market, and yes, you read that price right. It’s creamy, easy to blend and relatively long-lasting. I urge you to give this a go. For £4, what do you have to lose?

If you like your under-eye concealer to have some real staying power, this stuff could be the one for you. Although dubbed a corrector, unlike other under-eye correctors, this stuff can work on its own as a concealer. Work it into the skin with your ring finger for one of the fullest coverages you’ve ever set your eyes upon.

For days when I’m feeling a little shinier than I’d like, I reach for this matte-finish liquid. A little goes a long way, so one or two dots under each eye is usually sufficient. It’s full coverage and matte but also remarkably natural-looking.

For a concealer that packs punch, look no further. Perfect for nights out or days where you might need your coverage to stick around for a little longer, this liquid concealer really stays put. It has a slightly silky, powder-like finish that refuses to settle in fine lines.

Concealer fans, you should know all about this one. This concealer duo has a devoted following of beauty editors and makeup artists that rave about its dark circle–erasing abilities. Housing two shades for unique colour matching and correction, this compact holds the secret to seamless coverage that sticks around all day and night.

While Laura Mercier’s Secret Camouflage Concealer might be the most highly praised of its offering, that’s not to say that the brand’s other creations aren’t wonderful in their own right. For days where you fancy applying a little less makeup, this liquid formula is a winner. It sticks around, sure, but the coverage leans towards the more medium side of full, making it the ultimate no-makeup-makeup concealer.

If you have been using YSL’s famous Touche Éclat as an under-eye concealer for the last however many years, you’ve got it all wrong. When the brand discovered that the majority of Touche Éclat fans were incorrectly using the lightweight brightener as an under-eye concealer, they knew something had to be done. Ever as illuminating but with more coverage, this concealer was the answer.

For those of us that suffer from dry under-eyes, finding a concealer that doesn’t worsen the situation can be difficult. This formula, however, contains a super-hydrating combination of goji berry and haloxyl to help your dark circles at a deeper level. If you ask me, it’s one of the best under-eye products out there, and it’s super friendly on the bank account, too.

Again, if you like a slightly more natural finish to your makeup look, you’ll want to know about Glossier Stretch Concealer. I love this stuff on no-foundation days when I only want a little bit of coverage where I need it. (Usually, this is just on my under-eye area and over the odd spot.) It’s glowy, easy to blend and really buildable.

I like to think of this concealer as the luxury version of Maybelline’s Eraser Eye. Besides the fact it uses a very similar sponge applicator (I like it, but I’m not mad on the hygiene aspect of it), the formula is also similar. It’s lightweight, glowy and mega hydrating, but it’s the wonderful sheeny finish that you won’t find elsewhere that I love so much.

I think one of my first ever makeup products was a stick concealer, and this little guy proves that formulas have come a very long way since. It’s wonderfully creamy and hydrating, making it an absolute dream to work in and blend. I recommend it to everyone I know.

Perfect for those looking for a formula that works to improve skin texture, this liquid take on Benefit’s classic Boi-ing leaves skin looking almost impossibly smooth. Plus, it does a really good job at sorting out any discolouration, too.

Besides the fact that this concealer has an amazing, full-coverage, brightening finish, what is most impressive is its overwhelming shade offering. With 50 shades to choose from, you’re guaranteed to find the one for you.

Don’t be fooled into thinking that this concealer isn’t heavy duty just because it comes as a liquid. One tiny drop goes an impressively long way. It’s thick and needs a bit of elbow grease to blend, but as soon as you get there, it’s quite magical.

This easy-to-use, natural-looking concealer has an array of celebrity super fans from Miranda Kerr to Emma Watson. Its creamy texture and skin-like finish make it the perfect dark-circle disguise.

For days when I can’t be bothered with foundation, this concealer is my go-to. It leaves such a perfect second-skin finish that I pretty much end up applying it all over. But the reason it shines brightest? It makes covering up dark circles a total breeze.

I’ll admit I’m not a huge fan of The Ordinary’s foundation products, but this affordable concealer is beyond impressive. It’s full enough coverage to disguise dark circles but sheeny enough to leave skin looking natural.

With a super-precise doe-foot applicator and a seriously full-coverage formula, this concealer is potentially one of the best at actually concealing that I have ever tried. I challenge anyone to use it and not fall in love.

An amalgamation of an eye serum and a concealer, this stuff from Trinny London is impressively hydrating. It leaves under-eye skin plump and radiant and dark circles suitably disguised.

Next up, 18 eye creams that actually work on dark circles.