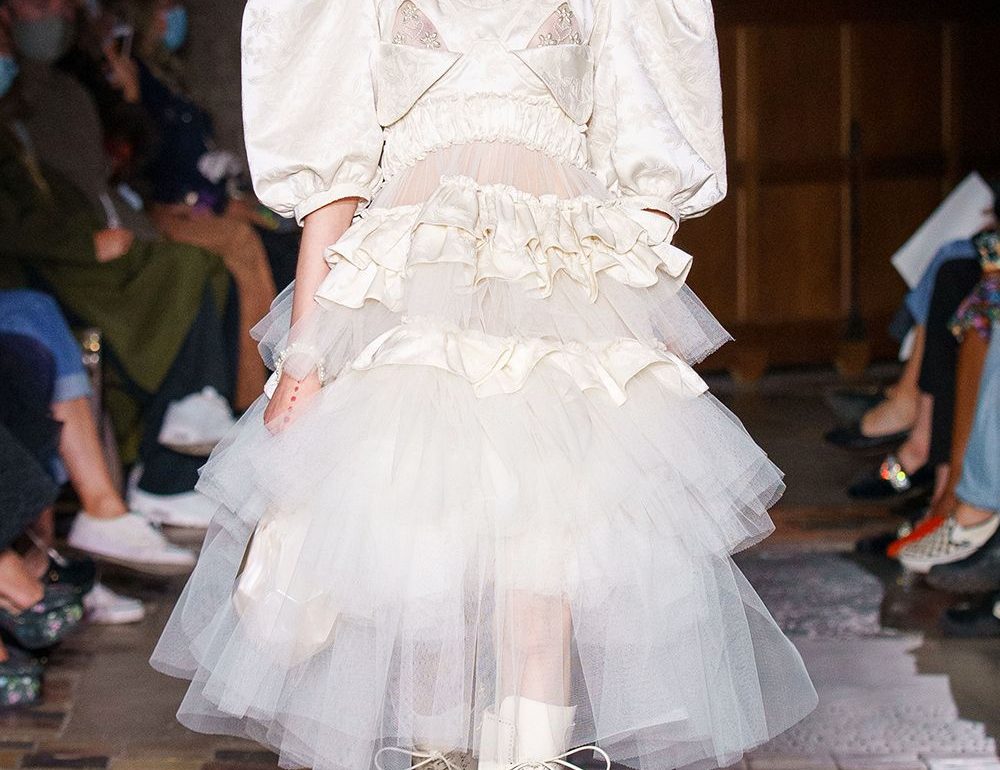 The Fashion Brands That Make Me Proud to Live in London

London Fashion Week has arrived, and while some of the action may still be taking place on a digital scale, many shows are going ahead with some semblance of normality. And we think that’s worth celebrating. This weekend, you’ll see our team up bright and early, donning our glad rags and hitting the streets of Soho on social. (Watch this space.) To mark our glorious return to Fashion Week, we’ve charted some of the incredible home-grown designers that we can’t wait to see this season: a true showcase of what Great British style has to offer.

Every fashion editor has a list of names that they particularly look forward to, and here in London, we are spoilt for choice when it comes to talent. From the polished separates of Rejina Pyo and the dreamy colourways of Richard Malone to the It-buy powers of JW Anderson and whimsical volume of Molly Goddard, we compiled a list of the London fashion brands that we love. Scroll down to see and shop our wish list.

Presenting romanticism with a rebellious twist, Simone Rocha has garnered an impressive reputation within fashion circles after her LFW debut in 2010. She went on to receive the British Womenswear Designer Award at the BFAs in 2016.

Following her graduation from Central Saint Martins in 2014, Grace Wales Bonner started Wales Bonner as a menswear brand and then expanded into womenswear in 2015. Expect immaculate tailoring with the odd pop of print.

With a strong sustainability ethos, Richard Malone is one of the young brands leading the way in supply-chain transparency. In 2020, he was awarded the top International Woolmark Prize for his beautiful tonal knitted ensembles.

JW Anderson knows how to create an It item, and every season, there’s another design that captures the hearts of the fashion crowd. Starting out in menswear, Jonathan Anderson soon moved into womenswear that expertly mixes clean-lined tailoring with dramatic silhouettes.

Eudon Choi is a South Korean designer who moved to London to undertake an MA in womenswear at the Royal College of Art. Cut is key in Choi’s work, and his latest collection offered plenty of dramatic cuts alongside wardrobe classics.

Winner of the 2018 BFC/Vogue Designer Fashion Fund, Molly Goddard launched her eponymous label in 2014, and her frothy tulle designs have since been featured both on celebrities and in hit TV shows. (Oh hello, Villanelle.)

Created by a woman for women, Rejina Pyo has got contemporary power dressing down to a T. From puffed-sleeve dresses to unusual accessories, these are pieces that will look great for many seasons to come.

Making his debut in 2006, Christopher Kane has gone on to garner critical acclaim for his subversive yet demure designs and become an A-list designer of choice thanks to his bold, brilliant event looks.

This Retro Product Works Wonders on Thin Hair, and It Just Made a Comeback

If you’re a fan of all things shiny, then Ashish Gupta is your man. His namesake label has become synonymous with high-octane embellished designs.

Another recipient of the British Fashion Council/Vogue Fashion Fund award, Erdem Moralioglu has brought a contemporary spin to the classic floral print. A must-see for elegant, figure-loving frocks.

A firm favourite amongst the fashion-savvy A-list, Emilia Wickstead started out training alongside her mother, a womenswear designer in their native New Zealand. Loved by everyone from Alexa Chung to Kate Middleton, Wickstead is all about the potential of soft power dressing.

A true British establishment, Burberry was founded way back in 1856 by Thomas Burberry, who created durable and water-repellent trench coats, which went on to become the brand’s signature. Now, under the leadership of Riccardo Tisci, Burberry’s signature check has been reworked for a new generation and features on everything from shirts to tote bags.

Up Next: Spring/Summer 2022 Trends: The Only 17 Looks You Need to Know About