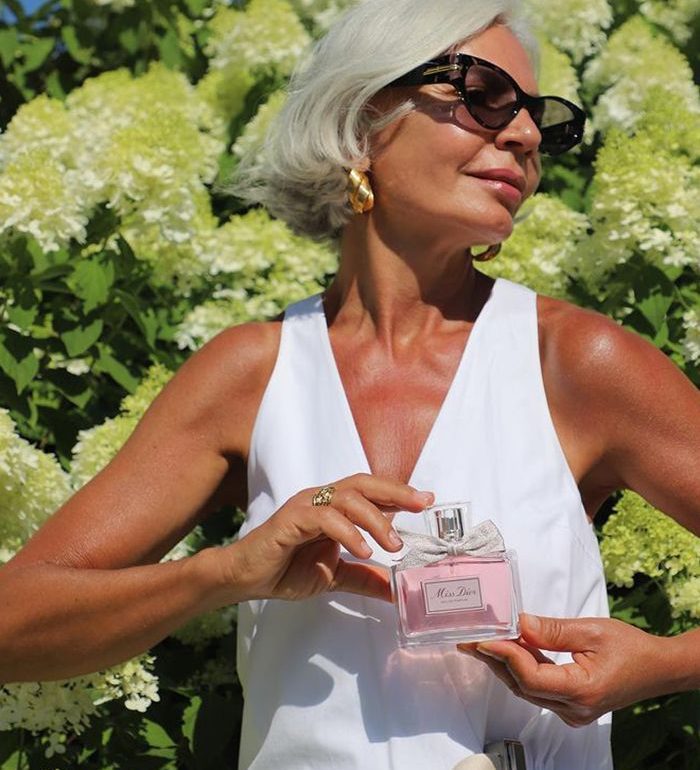 I’m a Perfume Snob, But This Basic Fragrance Has Everyone Asking After It

While I wouldn’t necessarily call myself fussy with fragrances (I’ll wear anything from sweet gourmands to deep, smoky scents), when it comes to designer fragrances, I’m somewhat of a snob. It’s not that I don’t think they’re all gorgeous. It’s just that I think they’re kind of, well, basic. I’m defining the term “designer fragrances” as scents created by fashion houses in a bid to make some cash—the sort sold on every high-street counter and advertised on the sides of buses. Created for the masses, they are totally inoffensive and purposefully blended to appeal to everyone. As a beauty editor with an affinity for scent, I like my perfumes to throw people off and evoke a sense of curiosity. This trait isn’t something I would typically associate with mainstream designer fragrances.

Besides the occasional spritz of my summer go-to, Estée Lauder Bronze Goddess, I used to considered myself finished with designer fragrances. In fact, I haven’t kept a single one in my collection for years. I was over that stage of my beauty life—my taste had matured. I had compiled a collection of beautifully unique, inspirationally chic, and shockingly expensive niche perfumes, and there was nothing that could tempt me away from it—at least, until Dior launched Miss Dior Eau de Parfum.

I’d like to point out that I’m not a massive fan of Dior’s iconic Miss Dior Eau de Toilette. While I totally get the appeal of the sweet, floral aroma, one whiff of it takes me back to the post-P.E. sixth-form corridors of the all-girls school I attended. Miss Dior was, after all, the perfume to own as a teenager in the late noughties. Needless to say, when Dior announced the launch of a reinvented Miss Dior Eau de Parfum late last year, I wasn’t particularly interested. It arrived in the post, and I gave it a quick trial and decided it was a lovely, crowd-pleasing scent before storing it away to be forgotten about.

And forget about it I did until summer rolled around. A few months ago, I complimented a friend on her perfume. It was sweet, floral, and a little powdery, but it was totally full of energy. It smelled expensive but admirably wearable. I knew immediately by the exuberance of it that it wasn’t a niche fragrance, but it seemed too interesting to fall under a designer-fragrance umbrella. It was, she told me, Miss Dior Eau de Parfum.

A few weeks later, I caught myself complimenting someone else’s fragrance, only to be told that, once again, it was Miss Dior Eau de Parfum. This perfume has now piqued my interest on countless occasions this summer. I’ve had friends asking me if I have any spare bottles lying around that they could use, I’ve attended two weddings where the bride had chosen it as her special scent, and I’ve seen it all over my Instagram and TikTok feeds. It has become such a talking point of my summer, in fact, that I recently decided to dig my own bottle out and give it a run for its money. Since doing so, I’ve had basically everyone I encounter ask after it.

The scent itself is a warm, creamy delight that melts into skin like soft butter. It’s inviting, comforting, and lacks any sort of intense headiness. The mistake I made at first was not giving it time to settle. Upon first spritz, it’s zingy, sparkling, fruity, and full of sweetness and energy—not things I tend to associate with a luxury fragrance. Give it a little bit of time, however, and it makes itself at home. A whiff of settled Miss Dior Eau de Parfum is the fragrance equivalent of cuddling up on the sofa with a cashmere blanket on a Sunday afternoon when the house is clean and your weekend social commitments are ticked off—it’s cosy, inviting and beautifully wholesome.

Key notes: peony, Damascus rose accord, Calabrian bergamot, white musk. While Miss Dior Eau de Parfum is technically a floral scent, the blend doesn’t make it seem that way. Blooming Bouquet, however, is floral through and through. It’s delicate, fresh and smells expensive.

This body lotion is the perfect addition to any Miss Dior fragrance, intensifying the scent so that it lasts even longer.

This light body mist actually hydrates the skin while it works. Consider it a perfume and body care in one.

Pop this jar of body cream on your bathroom shelf, and get ready to receive all the compliments.

The last time I used this delicately scented rose hand cream, a stranger asked after it on the tube—if that doesn’t prove it’s great, I don’t know what will.

Level up your bathroom sink with this super-luxe Miss Dior bar of soap.

Next up, these are the best fragrances of 2022, according to beauty experts.