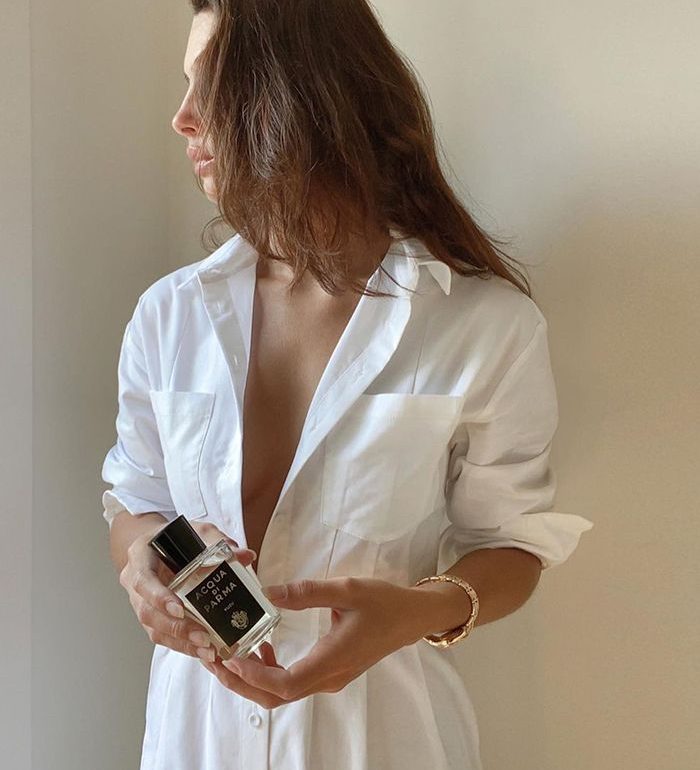 If You’re a Fan of Le Labo Santal 33, You’ll Love These Perfumes Just as Much

There’s no doubt that Le Labo’s widely adored fragrance Santal 33 is one of the most defining scents of the last decade. From Alexa Chung to Justin Bieber, some of the most iconic celebrities have professed their love for the unisex scent. And in all honesty, I’d go as far as to say that it was Santal 33 that put unisex fragrances back on the map. Before it, the offering of unisex scents didn’t stretch far beyond Calvin Klein’s CK One. Nowadays, however, if a new fragrance launch doesn’t work for men just as well as it does women, we don’t want to hear about it.

It’s true that more ‘traditionally’ male fragrances are having a moment (although we believe there really is no place for gender in fragrance marketing), but it was Santal 33’s unique and unrivalled freshness that made many realise that life didn’t have to be all vanilla and roses. Traditionally masculine, woody notes are beautiful too. And so began the whirlwind of Santal 33’s rise to fame.

Within the span of a few years, everybody who was anybody had a bottle of Santal 33 on their shelf, and you could barely walk down the street without smelling it on at least one cool fashion girl. Fast-forward to now, and the Santal 33 obsession isn’t slowing down. In fact, as a beauty editor, I’m still getting people message me about it almost weekly.

More recently, however, the angle of the questions that I’m receiving has changed. Whereas once upon a time people wanted to know everything about it, now people are asking me what sort of perfumes they can wear instead. It seems that, for some, its popularity has all been a little too much. And I totally get it. No one wants to smell like every other person they meet. In fact, I think I’d run out of hands if I were to count on my fingers all of the people, both male and female, in my immediate friendship group who own it. So if you’re looking for something similar to Santal 33 that isn’t Santal 33, I’ve got you. Keep scrolling for the 16 trending fragrances you’re bound to love just as much.

This fragrance is quickly becoming one of beauty’s biggest and best unsung heroes. It’s the latest fragrance launch from Diptyque and has put the brand back on the perfume map. Slightly woody, a little bit smoky and subtly powdery, it’s soft on the nose but deep enough to last all day.

You’re probably already familiar with the likes of Byredo’s beautifully fresh Gypsy Water or light and zingy Sundazed, but Bal d’Afrique is one Byredo scent that is still relatively unpraised. Neroli, cedarwood and musk blend to create a fresh-skin type scent that has you going back for more and more.

Everything about Aerin fragrances is exquisite and this one in particular stands out from the rest. It’s heady and warm thanks to deep amber and creamy musk and lingers on the skin for an impressively long time. One spritz in the morning will have people asking after your perfume for the rest of the day.

Don’t be fooled by the name (or colour), this cult scent scent from Tom Ford is far from sweet and powdery. It’s sharp, deep but fresh with notes of Sichuan pepper and turmeric, and it dries down to a wonderful, ever so slightly floral musk.

It might come from the same brand, but AnOther 13 should by no means be confused for its popular older sister Santal 33. It has the same fresh musk, but with notes of green citrus and apple, it’s cleaner and more invigorating.

If Santal 33 is your day scent, this is about to become your go-to for the evening. It’s marketed as a men’s fragrance, but it makes for the perfect option if you’re a big fan of smoky, woody notes. The bottle is also pretty much made for Instagram, so there’s that too.

If you are usually totally put off by the prospect of vanilla in your perfume, fear not. At first, this perfume is fresh and earthy with notes of grapefruit tea and vetiver, but it dries down to much more of a heavy, lingering bourbon scent. The vanilla is in there somewhere, but if only to bring the smoky notes up a little. It’s the kind of perfume you’d stop someone in the street over.

You might be familiar with Frédéric Malle’s Portrait of a Lady, but this lesser-known scent is darker and spicier with notes of musk and heavier tuberose. It’s still feminine but not as obviously floral, making it perfect for those who like a less imposing scent.

Tam Dao’s growing success among fashion girls means it could soon push Santal 33 off the top spot as fashion’s most coveted perfume. It has an equally as earthy base with sandalwood and cypress, but it comes with a soapy freshness you’ll struggle to find elsewhere.

Much more impactful and lingering than Santal 33, it has similar-smelling woody notes of sandalwood, cedar and vetiver, but without the initial freshness. For date nights or days when you need to bring your A-game, this is the powerful perfume you need in your arsenal.

Smooth and creamy, Peau Santal showcases sandalwood at its finest. Smoky and hearty but fresh and earthy at the same time, it’s slightly headier than Santal 33 but in the best kind of way. And don’t be put off by the pink bottle, this scent works just as well for men as it does for women.

If you like perfumes that resemble the smell of fresh, just-washed skin, this stuff hits the nail on the head. It’s described as woody with notes of guaiac wood. However, it’s the inclusion of light, fresh neroli and pink pepper that make it such a great option for everyday. If you could bottle the feeling of putting on a crisp, white shirt that’s been freshly pressed, this would be it.

If you wear this, expect almost everyone to ask you what you’re wearing. It’s all of the freshness of Santal mixed with earthy, floral scents. It’s best described as freshly cut flowers, without any of the artificial notes you might associate with heady florals. Think more green stem, less flower.

Eau Capitale smells rosy at first, but before you have time to register the floral notes, it’s soapy and fresh with a hint of spice. It might not have the same vibe as Santal 33, but it’s impossible not to love.

When this first came out, everyone went crazy for its sparkling but musky scent. It’s warm and creamy but modern and crisp all at once. Truly unique, it’s a hard fragrance to explain, but if you’re a fan of Santal 33, it’s likely you’ll appreciate You too. It gets better and better as the day goes on.

With cedarwood and amber, Sunset Riot has all of the ingredients to make for the perfect unisex scent. However, this is no ordinary fragrance. Thanks to orange flower and pink pepper, it’s light, wearable and invigorating. For a £49 scent, it’s really caused a stir in the beauty world, being heralded as one of the most talked-about scents of the last year.

Up next, the British perfume Rosie HW, Victoria Beckham and Meghan Markle have in common.