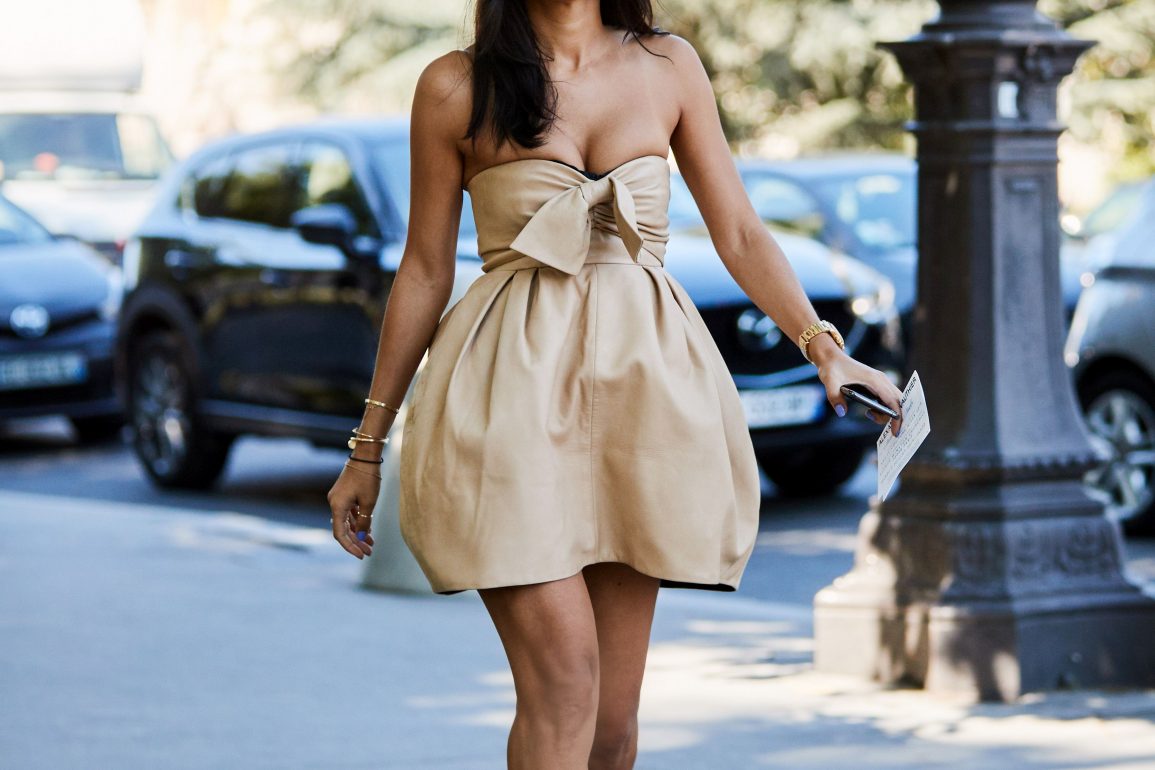 There haven’t been many calls for elaborate footwear during the pandemic. Many of us—and I realise I’m generalising here—spent lockdown and the ensuing lack of socialising in Birkenstocks and joggers. Even now, with the restrictions lifted, we remain in cosy knitwear and comfortable footwear. It’s surprising, then, that shoes costing the average price of renting a room in London are constantly selling out.

Amina Muaddi’s high-octane heels have been a hit among celebrities and fashion influencers alike, and when the brand launched a capsule collection with MyTheresa in March, just as the whole world pretty much retreated to their homes, it sold out immediately.

So what’s the secret to the brand’s success? For starters, there’s the aforementioned A-list endorsement. When Rihanna and Rosie Huntington-Whiteley are wearing the very same thing on repeat, the world pays attention—especially when it comes to shoes. Both are known as being early trend adopters, each with a keen eye for detail, quality and straight-up glamour. And if you need further proof, Rihanna has even collaborated with the brand for Fenty.  Amina Muaddi is the Paris-based, Italian-raised designer behind her eponymous brand and has long been one of our favourite Italian influencers to watch out for at fashion week. Often spotted alongside the equally alluring designer duo behind The Attico, Gilda Ambrosio and Giorgia Tordini, Muaddi always balances playfulness with a sense of drama and sophistication. So the growing cult popularity of her shoe brand—inspired by her rather fabulous-looking life and the tastemakers she’s met along the way—is no surprise.

Muaddi has been on the fashion scene for a while, but she only went solo with her shoe brand last year. Growing up in Italy was always an inspiration for Muaddi to want to design shoes, but she first sought out a career working at magazines—an invaluable network for any fledgling designer. She attended the European Institute of Design and worked as a stylist at L’Uomo Vogue and GQ, ensuring she understood the world of fashion before completely fulfilling her dream.

In pursuit of following in the legendary footsteps of footwear designers like Manolo Blahnik, Muaddi travelled to Italy’s famous shoe-making district, Riviera del Brenta, to learn the trade and co-founded her first brand, Oscar Tiye. Following that, Muaddi then moved to Paris, where she collaborated with French couturier Alexandre Vauthier on the launch of his shoe line. It is this mix of traditional training, exposure to fashion’s most influential and general worldly taste that laid the foundation for her personal expression through her own line of shoes.

Muaddi continues to work alongside the designer, but it has been the launch of her own line that is spreading like wildfire amongst the fashion crowd and celebrity elite. Described as shoes that can go “from 9 to midnight,” the sharp design allows for the frivolity of feathers, sparkles and prints to maintain a luxurious feel. With her own label, Muaddi has found the freedom to create a silhouette in her heels that is now instantly recognisable: The heels of her shoes flare out to create a unique architectural effect but also an extremely comfortable base.

It’s this silhouette, most famously associated with the Gilda mules, that has gained cult status, and Muaddi now counts multiple celebs (including Dua Lipa, Rihanna, Kendall Jenner and Huntington-Whiteley) among her repeat customers. She has limited stock on her e-commerce site, but she works closely with the buyers at the ultra-cool London boutique Browns Fashion.

Not only are the shoes cult favourites, celebrity-adored and Instagram-approved, but they’re also (according to multiple sources) extremely easy to wear all day, despite their height. What’s not to love? Keep scrolling to see who has been wearing Amina Muaddi heels, and shop the designer’s popular styles and latest collection.

Rihanna was among Muaddi’s first celebrity fans (of course), as her personal shopper is a close friend of the designer and bought a few pairs while they were still a prototype.

When Rosie Huntington-Whiteley is a fan of something, she goes in hard. She owns multiple pairs of Amina Muaddi heels and wears them with anything from jeans and a blazer to a little black dress.

Of course, Amina Muaddi shoes are a street style favourite, as the comfortable and gorgeous heels are like fashion unicorns.

Like her love of the Bottega Veneta clutch, Huntington-Whiteley shows her love for Amina Muaddi heels and boots by owning many pairs and seamlessly works them into her minimalist style.

Jenner is also a repeat fan, pairing her animal prints together for a fierce going-out look.

& Other Stories, Arket and H&M Are Feeding My Linen Obsession—Here Are 30 Pieces

Up Next: Spring/Summer 2022 Trends: The Only 17 Looks You Need to Know About