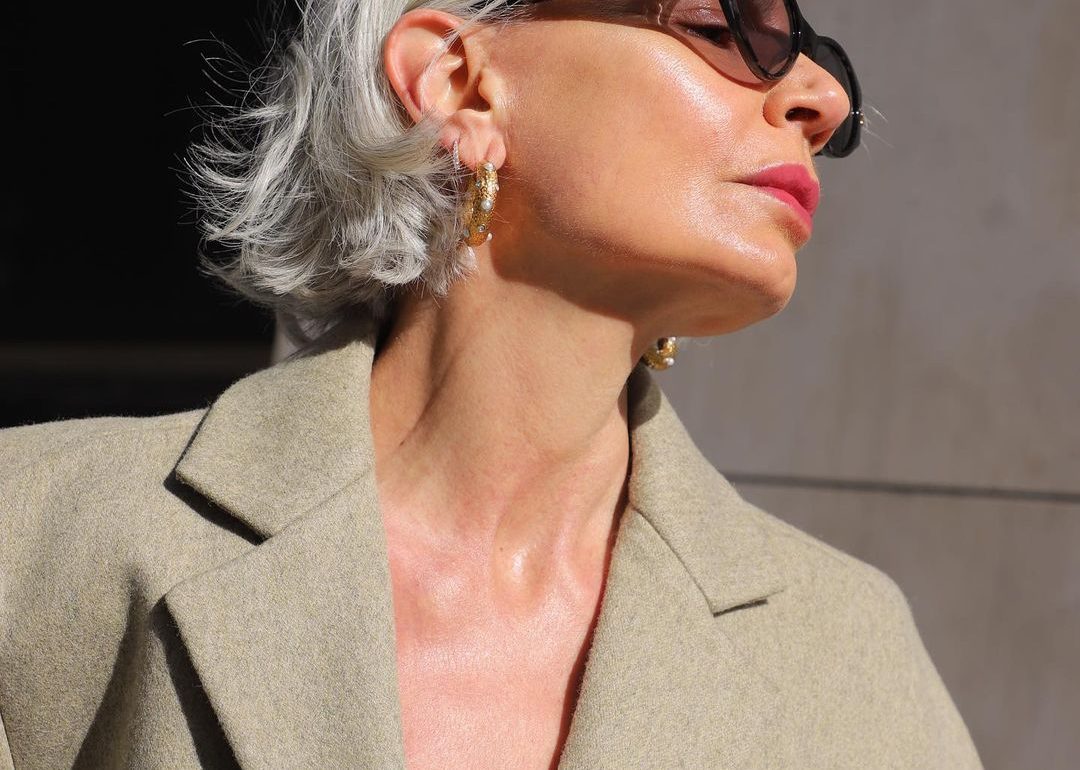 Whatever your thoughts on anti-ageing as a term, there’s no denying that moisturisers, which are created to specifically tackle things like fine lines, pigmentation and dryness, can be incredibly expensive due to their potent ingredients and advanced formulations. And while I truly believe that ageing is a privilege we should fully embrace—wrinkles and all—it doesn’t mean that taking good care of our skin as we grow older should cost a small fortune. This is why I’ve made it my mission to seek out anti-ageing products that genuinely work without breaking the bank. I’ve already discovered some brilliant serums and eye creams that rival counterparts with three-figure price tags, but today we’re here to talk about anti-ageing moisturisers—and cheap ones at that.

Ahead, keep scrolling to shop seven of the best affordable anti-ageing moisturisers that genuinely hold their own against some of my luxurious favourites.

The whole Who What Wear team are big fans of Lisa Franklin’s line of skincare—and particularly this moisturiser. If you’re looking for an effective day-to-day moisturiser, then this is one of the best you can investment (just check out how many awards and five-star reviews that it has). It not only reduces fine lines and brightens the complexion, but it also helps to defend against pollution, which is one of the biggest contributors of ageing. It has science-led ingredients such as vitamin C and peptides to brighten and plump, as well as harnessing the power of natural ingredients such as rosemary extract, mushroom and even rose quartz which work in tandem to deliver a radiant glow.

If you’re looking for a budget vitamin C moisturiser, then you can’t go wrong with The Body Shop’s. It gives the skin a great glow and is lightweight enough to wear under makeup too.

Kate Somerville has a loyal following of skincare devotees, but its price tag makes it an investment purchase.

It’s all about ingredients when choosing an efficacious anti-ageing moisturiser, and peptides are a great place to start. They’re effective, small strings of amino acid that communicate with your skin and encourage it to produce the proteins it needs to keep your complexion firm, hydrated and calm. Both of these moisturisers contain peptides as their magic ingredient and are brilliant options if you have dry skin and are seeking a surge of hydration.

Who What Wear editors and contributors have already sung the praises of Elemis’s cult Pro-Collagen Marine Cream. Quite simply, you can’t go wrong with this moisturiser. It’s great for all skin types and leaves skin plumped, bouncy and hydrated.

Elemis’s cult Pro-Collagen collection is adored by beauty editors and celebrities alike for its ability to plump skin and reduce the appearance of skin ageing thanks to a complex formula of potent marine and plant-based ingredients. I’ve used the line’s moisturisers for years and really rate them—particularly the Marine Cream. However, there is no getting away from the fact that its products are pricey, so I always recommend Nordic skincare brand Lumene for affordable alternatives. While this one doesn’t contain the potent ingredients that Elemis’s moisturiser does, it’s equally as quenching and delivers that glowy-skin look that we’re all after.

Another truly brilliant anti-ageing skincare brand that comes highly rated by me is Révive. Honestly, if you’ve got the money, then formulations don’t come more luxurious than these ones. I’ve seen pretty impressive results on pigmentation left behind by acne scars since using this moisturiser.

When it comes to anti-ageing moisturisers with cult status, it doesn’t get more iconic than these two, despite being at totally opposite ends of the spend spectrum. The scientific know-how that has gone into the Augustinus Bader formula has earned it a celebrity following thanks to its ability to actually stimulate your skin to improve its abilities to rejuvenate your skin cells.

Weleda Skin Food might not be as active, but it’s a staple in every makeup artist’s kit that I’ve ever looked inside due to the way that it soothes, strengthens and hydrates even the driest of skin types. Both products will leave you with brighter skin, and both come in rich and light formulations depending on your personal preference.

If it’s plumper, dewier skin that you seek, then Sisley Paris’s Black Rose range is renowned for its ability to impart luminosity and, of course, for that decadent rose aroma.

While Vichy’s offering doesn’t smell quite as decadent, it’s still a delight to use, and you really can’t go wrong with French pharmacy brands when it comes to effective skincare at an affordable price. Its moisturiser has a similarly rosy hue to the Sisley version and instantly revives tired skin. Plus, it contains salicylic acid for some gently exfoliation.

So many people I know tout Charlotte Tilbury’s Magic Cream as their holy-grail moisturiser, and it’s easy to see why. It’s luxuriously rich in texture, firms the skin and lessens the appearance of fine lines. In fact, the entire formula is based on Tilbury’s backstage moisturiser that she used to apply to models before they hit the runway.

E.l.f. Cosmetics is known for affordability rather than decadence, but this £12 moisturiser contains hyaluronic acid and a peptide complex—just like Tilbury’s—for an equally bouncy, refreshed complexion.

There is a lot of chat on beauty forums and on social media about the similarities between La Mer and Nivea moisturisers. Despite the difference in price, the fact is that both are basic glycerin moisturising creams with the main aim of delivering hydration to dry skin—and both do that brilliantly. In fact, even their fresh, slightly floral scents are quite similar. However, there is no getting around the fact that La Mer also contains antioxidants and seaweed extract to offer more potent protection and brightening benefits to ageing skin. And you can’t deny how fancy that pot looks in your bathroom cabinet.  Up next, these cheap eye creams are just as good as their pricier counterparts.