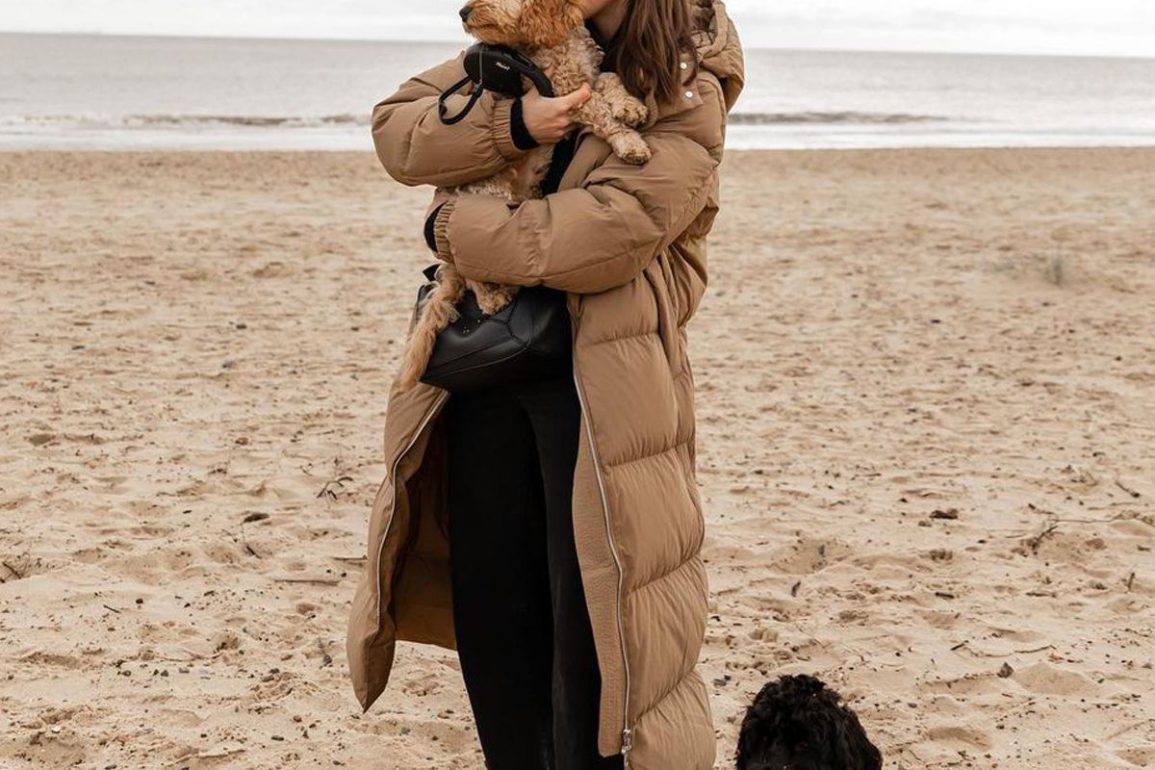 Once, the role of a fashion editor was writing about new trends and what is coming next. However, we think that just as much (if not more) focus should be given to classic items. So how do we decide what makes it into our everlasting line-up? These items can be from either the high street or the most exclusive luxury fashion houses, but all fit within a few criteria. One, they are of exceptional quality. Two, they are timeless and will be a worthwhile addition to any wardrobe. Three, all of our editors agree they are the best of the best.

We have written about some truly special investment pieces, such as Chanel pumps, Max Mara coats and Cartier watches worn by royalty, diving into the history of the items, the icons who have worn them and how you can buy them today. But we are also keen to show classic items that don’t have a heritage background, such as a blazer from & Other Stories, which has been one of the top-selling items on Who What Wear for years, and an Arket T-shirt we believe is legendary. So grab a cup of tea and get ready for a quick run-through of the 32 items we will never ever stop raving about.

Arket’s maxi down coat is, in my opinion, the best puffer coat out there: a style that comes with a history of being extra-popular. Back in February 2020 the shopping search engine Lyst revealed that amongst the biggest-selling trophy pieces of the season (many of which were expensive and designer), Arket’s perfect puffer made it onto the top 10. And for 2022, it’s still a firm favourite.

While the 501s were created in the late 1800s, it wasn’t until decades later in the 1960s that jeans started to become the popular item they are today. And it was all down to Hollywood stars wearing the trousers. Marilyn Monroe wore a pair of the jeans on the set of The Misfits, Bruce Springsteen’s Born in the U.S.A. album featured a pair of Levi’s, Steve Jobs only wore 501s, and Alexa Chung had this to say about the legendary style: “They were the only acceptable style of jeans. The Levi’s brand back then was so in touch with youth culture that it was hard to believe it hadn’t been created in a laboratory by a collective of style bloggers.”

When Alessandro Michele presented his A/W 20 collection back in March 2020, almost every look featured the iconic Jackie bag, which confirmed this bag was set to be the next cult accessory from the Italian fashion house. The handbag was initially named after Jackie Kennedy and has been a hero Gucci item for years, but it’s been relaunched with a bit of a makeover. The Jackie 2.0 has the signature shoulder strap and gold clasp across the body of the handbag, but instead of using statement logos or floral prints, these Jackies were all in simple buttery-soft leather. Harry Styles and Alexa Chung are fans, too.

The Italian fashion house Max Mara has created a long list of coats that really can only be described as iconic. Not only is the classic camel colour flattering for all skin tones, but the shapes are also designed to flatter women’s bodies. There are three, in particular, that are repeated every season by the brand—the 101801 Icon coat, the Teddy coat and the Manuela. Click to read all about this truly iconic coat.

The Burberry trench will likely need no introduction. The British army needed coats that were more lightweight but weather-resistant, and thanks to Thomas Burberry’s discovery of waterproof gabardine cotton in 1879, the designer was approached to create the new coats for the army. The garment was then worn throughout World War I by soldiers fighting in the trenches (hence the name). Today’s classic trench coat has barely changed in terms of look and is still very much true to its heritage DNA.

& Other Stories’ £165 wool blazer, which has boxy shoulders, two buttons and a strong lapel, has been an influencer favourite for several years and is now a hero item released season after season.

It’s likely no surprise to you that Chanel features frequently on this list. In early March 2020, just weeks before the world went into lockdown, Chanel hosted its autumn 2020 runway show. It was in this show that the brand debuted a range of logo-embellished CC tights, which the majority of models were wearing on the day, either in a white or black colourway. And as if by some kind of fashion-editor intuition, the moment I saw them I just knew they would become a cult favourite. They’re not available online, but if you’re lucky you can find a pair in-store.

The cold weather undoubtedly influenced why this made it onto our list, but Uniqlo’s layering vests are a fashion-editor favourite. They’re so thin and discrete under clothes but so so warm you won’t want to leave the house without them during winter.

If there’s one brand that has been inescapable over the past few years, it’s Gucci. Since 2015, under the creative direction of Alessandro Michele, the brand has become one of the hottest fashion houses around, and one of the most sought-after items is a Gucci logo belt. This is one of those designer items that remain as popular as the day they launched.

The Juste un Clou bracelet is the Cartier Love bracelet’s younger and easier-to-remove sister and was inspired by the humble nail. Its name is the French translation for “just a nail.” Released in 1971, the Juste un Clou bangle was designed by Aldo Cipullo, the luxury brand’s jewellery designer, who had a distinct minimalist, androgynous style and love of all things nuts, bolts, and screws.

The Birkin bag is arguably the most iconic designer handbag thanks to its easy-to-recognise shape and hardware that can be customised in countless materials—it is handcrafted in a six-phase process over the course of 20 hours. Even with its jaw-dropping price tag, the Hermès Birkin remains one of the most difficult bags to get your hands on because of overwhelming demand.

Gold hoops are one of those items, like skinny jeans and a white T-shirt, which in theory, should be very easy to find, but in practice, it can be difficult to find the perfect one. Over a year ago, fashion influencer Lucy Williams released her latest collection with jewellery brand Missoma, and the gold hoops quickly became a firm favourite with the fashion crowd. The likes of Alexa Chung, Rosie Huntington-Whiteley and Bella Hadid have all worn these hoops, along with almost every fashion influencer in London.

When Emma Watson and Meghan Markle wore a pair of trainers by the conscious French brand Veja, it quickly became one of the most talked-about sneaker brands in the UK. The classic white basket sneaks (made from recycled plastic bottles and wild rubber) feature the distinctive V logo in varying colours on each side.

The first Panthère de Cartier watch was launched in 1983 and has an ’80s feel thanks to the chunky gold bracelet strap. Cartier is regarded as one of the first to create a “jewellery watch” with the Panthère thanks to the flexible gold chain bracelet paired with the square watch face with rounded corners. It is named after the panther, which is the emblem of the house, as the slinky chain resembles the movement of the animal as it prowls.

The Wolford bodysuit has become something of an A-list cult buy. Almost everyone in Hollywood owns at least one. The Colorado bodysuit, which features a jaunty turtleneck, is a particular favourite of Natalie Portman, Priyanka Chopra, and Gigi Hadid.

Each month, more than 12,000 people in the UK search for “Dr. Martens boots”, and we’re not at all surprised as these heritage “stompy” boots have been loved by the fashion crowd for decades.

Back in the ’80s, unlike any other of the power fashion houses, which predominantly worked with leather, the brand managed to turn nylon into a must-have accessory. Miuccia Prada launched the nylon backpack in 1984, and while this particular style remains a hit, there are two ’90s and ’00s bags that continue to be incredibly popular amongst the fashion crowd: the Nylon and Saffiano bags.

In the ’90s, Ghost was one of the first places you’d visit when looking for a new dress, as its silky slip dresses were the height of cool. However, the brand gradually became seen as a destination for pastel bridesmaid frocks and occasion-wear only. But Ghost has become cool again over the last couple of years thanks to a reboot of its button-front tea dresses and silky midi dresses. The Duchess of Cambridge is also a big fan.

As far as fashionable footwear is concerned, the prominence of Birkenstock Arizona sandals is nothing new. The style has been around for years (since 1973 in fact) and is heralded as one of the comfiest options available. Then, arguably due to the pandemic, it became the world’s second most-wanted item of clothing in 2020, after Off-White’s face mask. Katie Holmes, Gigi Hadid and Alexa Chung are often spotted in theirs.

The Hardest-Working Staples to Buy Now and Love Forever

Though founded in 1845, Barbour has been creating the timeless wax jackets and outwear for which it is known since 1910, and honestly, very little about the design has changed, which is a good thing. Of course, modern updates have been made but, at their heart, their aesthetic and, as such, appeal ring true. Click to find out more about the history of the Barbour jacket.

The Duchess of Cambridge’s whole aesthetic is about wearing timeless, classic fashion items. One of her hero items is a tailored blazer, and she has often been known to find these at Zara. That alone is a testament to how brilliant they are.

Originally released in the 1960s as tennis shoes, the sneakers were rebranded in 1978 as a homage to the famed American tennis player Stan Smith. Adidas emblazoned the player’s name on the heel tab and added a portrait of his face to the shoe’s tongue. However, according to Complex, the shoe’s resurgence in popularity that occurred in 2015 had nothing to do with the sneaker’s namesake at all. The story goes that in order to reignite demand for the style, in 2014 Adidas set out to get Stan Smiths on the feet of fashion-forward individuals such as former Celine creative director Phoebe Philo. Evidently, the marketing tactic worked precisely as planned, as in the following years, everyone from Victoria Beckham and Marc Jacobs to Kendall Jenner and Zendaya has been spotted in a pair.

Heattech is Uniqlo’s collection of innovative thermals across all of its product categories. As if by magic, the Heattech-fused fabric comfortably regulates your body temperature without the discomfort of bulky clothing. How? It cleverly uses moisture released by the body to retain heat to keep you warm during the colder months. Trust us—this is a winter essential.

Who What Wear’s shopping editor Joy Montgomery has a sharp eye when it comes to a high-street winner, and she thinks Arket’s T-shirt is the best white T-shirt out there.

The love for visible logos is proving to be popular once again. And one way to easily achieve this is with a designer belt, in particular the Celine Triomphe, which adorns the belt loops and waists of fashion people worldwide. If you make the investment, you’re guaranteed to have an accessory that can be worn throughout every season for years (and even decades) to come.

Next up, see our guide to the key trends for spring/summer 2022.